Saint Gregory of Narek is an Armenian medieval monk, theologian, mystical poet, composer and a philosopher, 36th ecumenical doctor, is considered the founder of the renaissance of Armenian literature.

In 2017, “Renaissance” cultural and intellectual foundation launched the process of collecting the content for the web-site devoted to Grigor Narekatsi. The creation of the web-site has an aim of making Narekatsi’s greatest heritage available to the diverse public. Narekatsi.com web-page is introduced in 3 languages: Armenian, English, Russian. It contains biography of Narekatsi, links to films, programmes, articles dedicated to the Saint. The web-page includes folk stories, taghs, gandzes, prayers and other works of various publication years and countries. The foundation is in the middle of processes to feature translations of “Book of Lamentations” in Italian, German, Arabic, Turkish, Persian and many other languages. The web-page gives an opportunity to read all of these in text and/or book versions. The web-site also has a seperate section dedicated to the monastery of Narek, where the user can find information on the monastery, as well as photos.

Memorial statue dedicated to Saint Gregory of Narek in Vatican

The memorial statue dedicated to Grigor Narekatsi was installed at Vatican’s park on March 21st, 2018. Davit Yerevantsi is the author of the sculpture, Michael Hasratyan is the architect. The opening ceremony of the sculpture was held on April 5th, 2018, which was attended by Pope Francis, as well as Armenian and other government, spiritual and cultural figures. The sculpture has been made in two copies, the other one will be places in Etchmiadzin. The bronze sculpture is 2 meters high. It was melted in Czech Republic. The installation of the statue also symbolizes the importance of diplomatic relations established between Armenia and the Holy See 25 years ago. 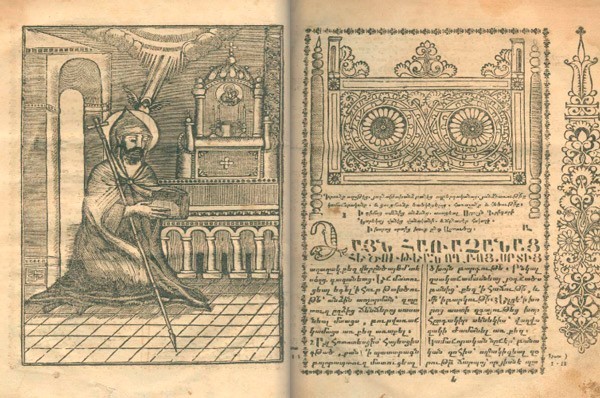 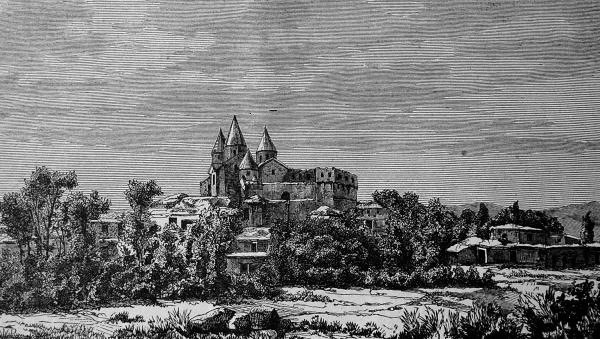 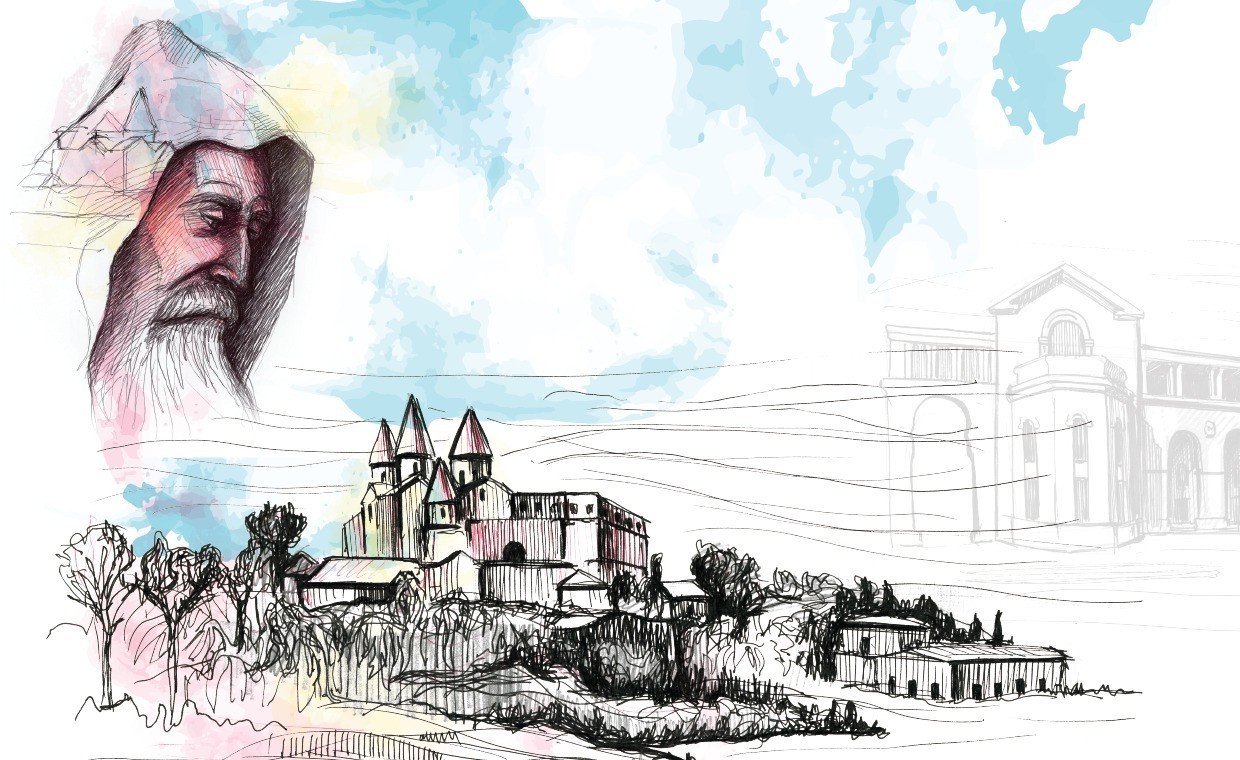 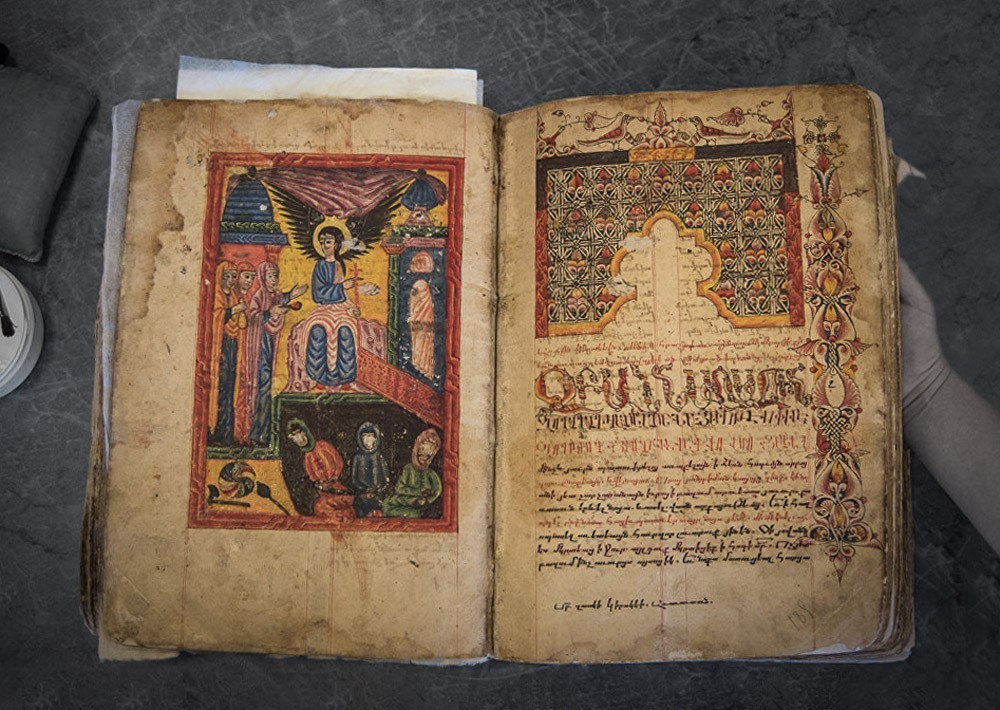 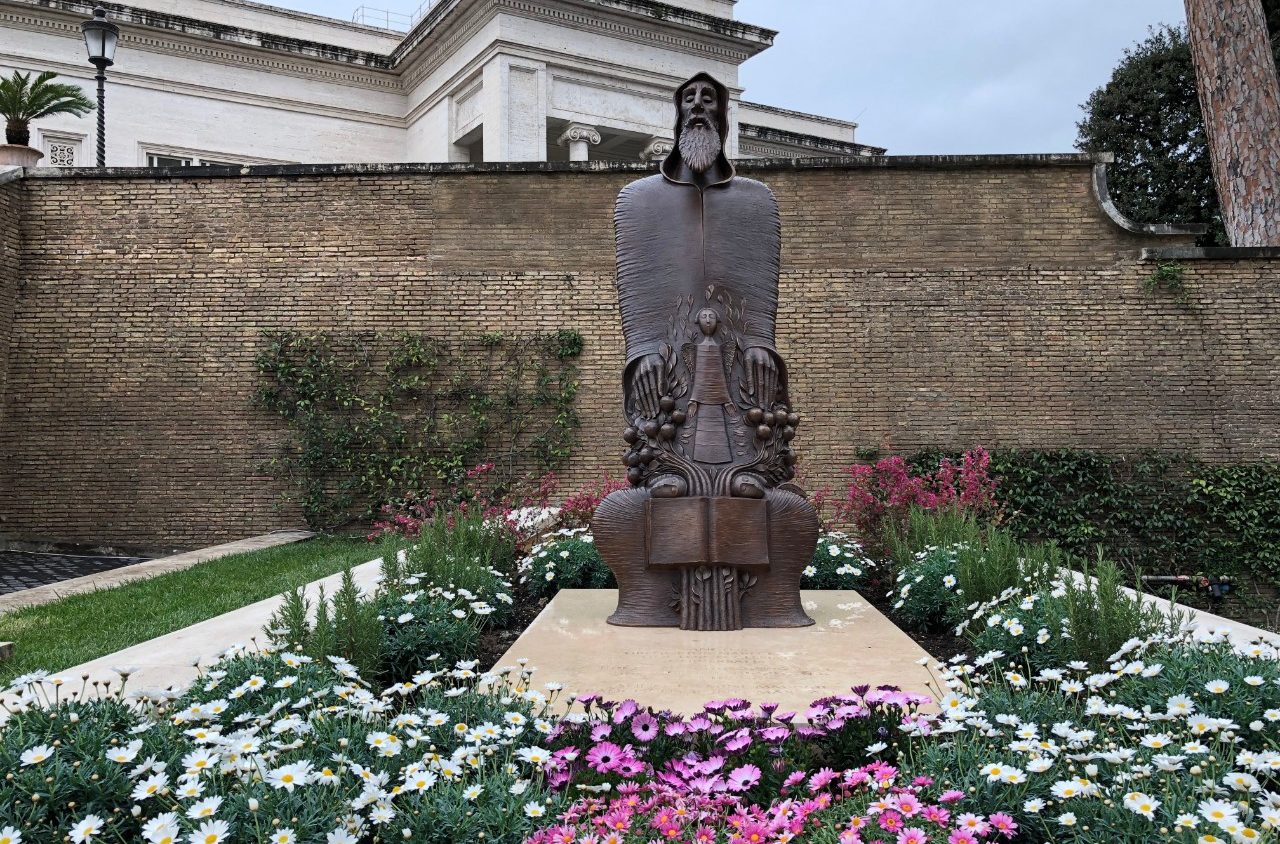 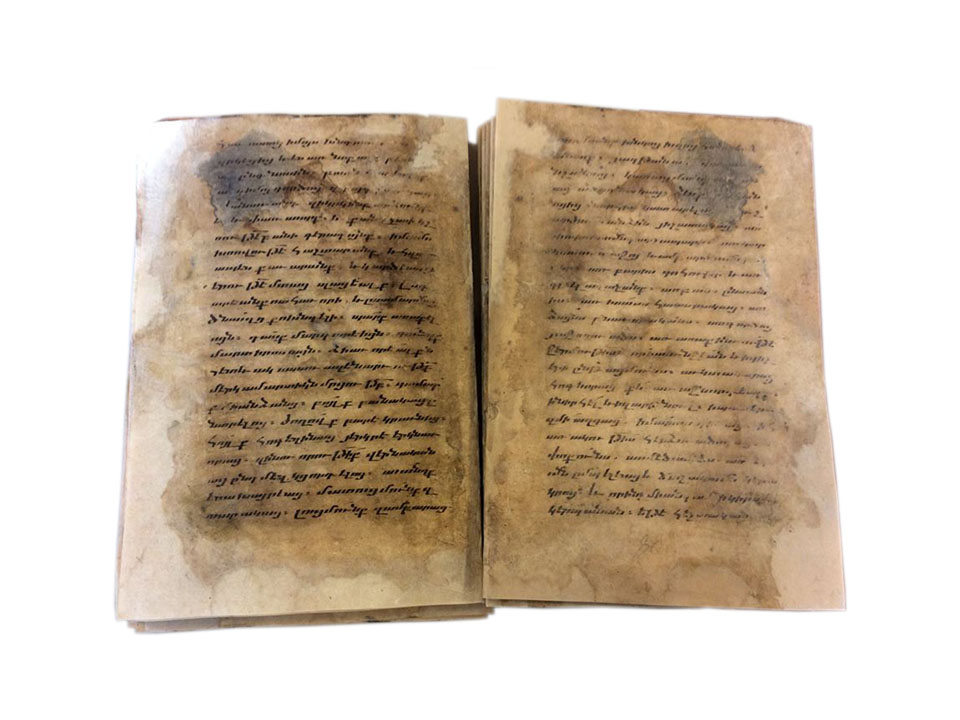 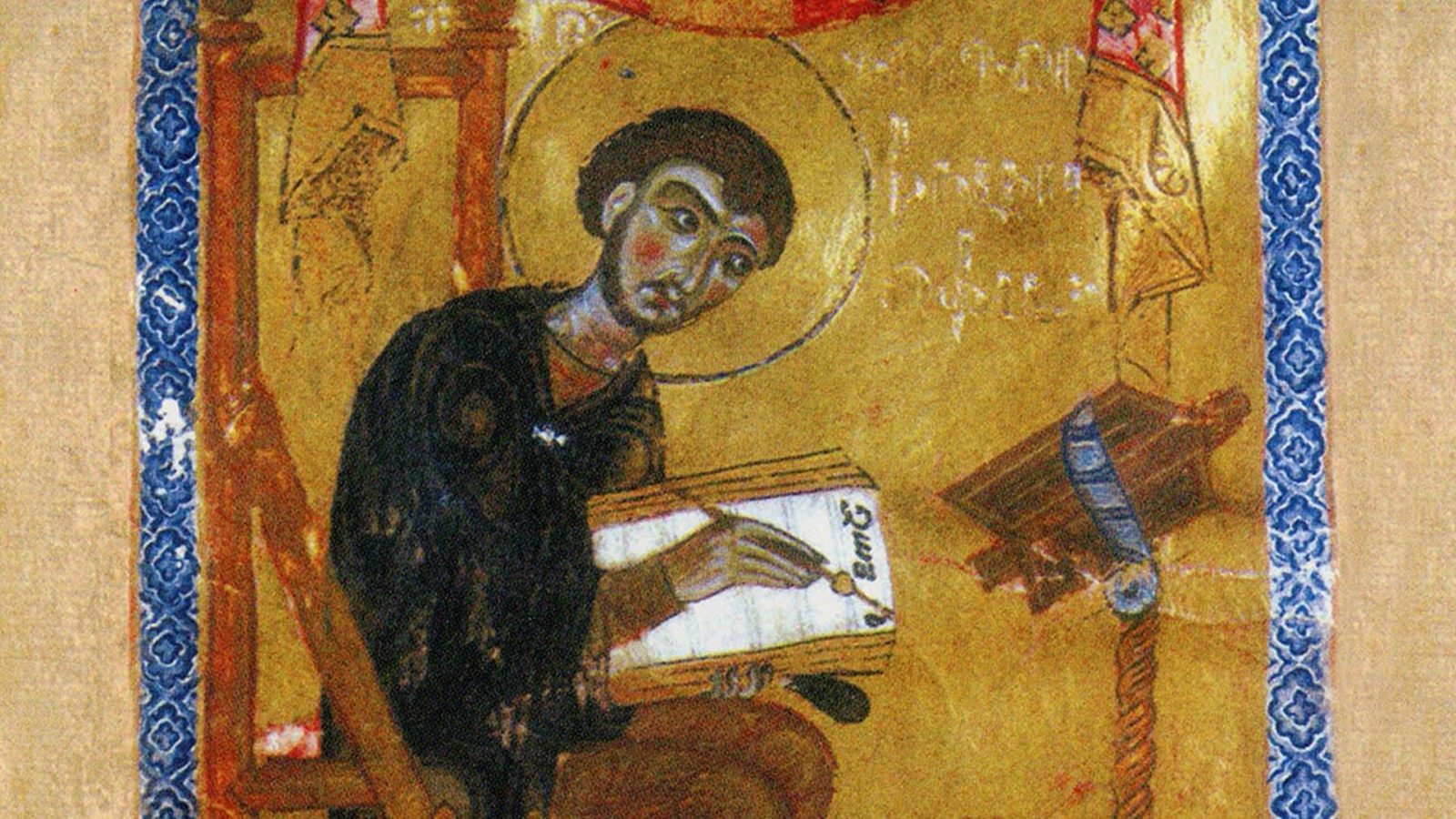 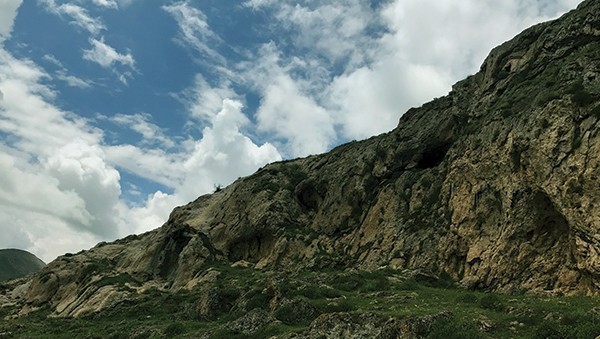 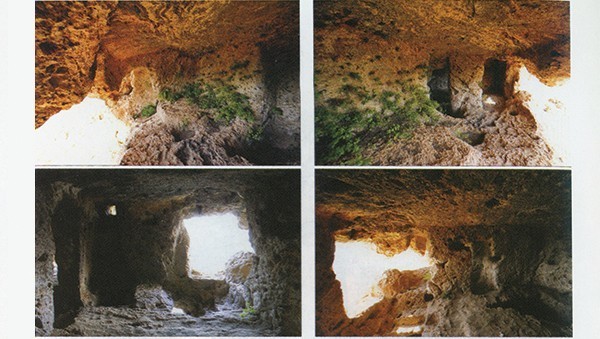 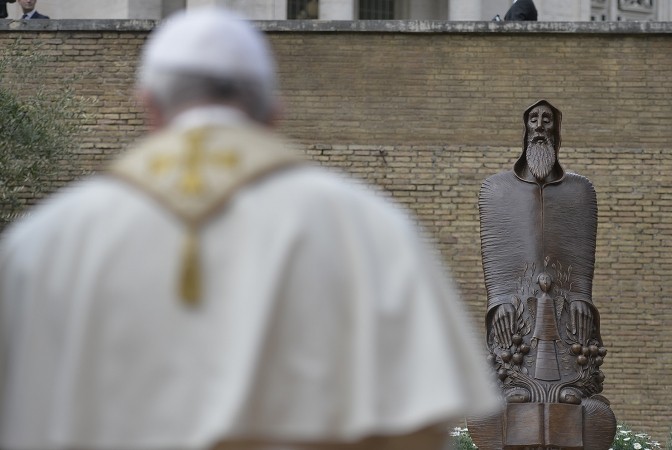 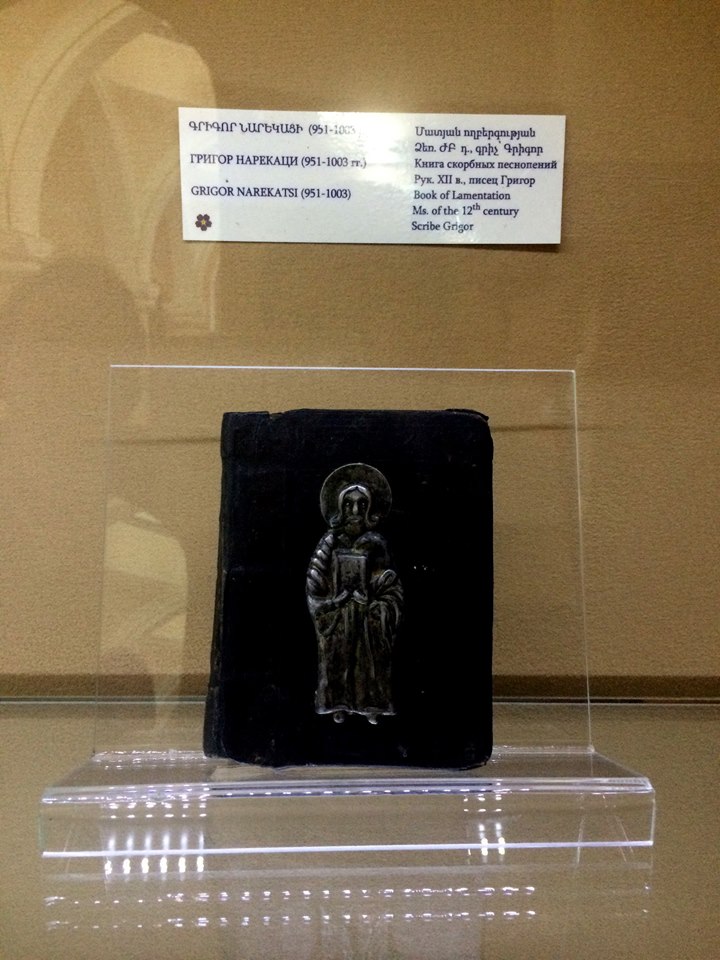 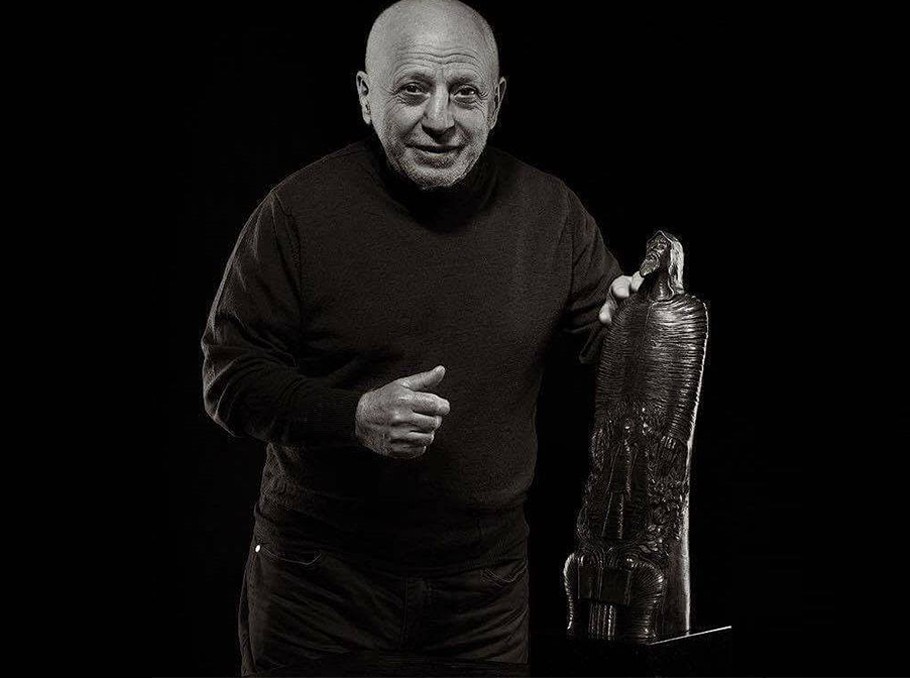 “Book of Lamentations” of the famous medieval mystical poet and philosopher Gregory of Narek is considered one of the masterpieces of Armenian medieval poetry, one of the most important models of literary heritage that reached us. The poem represents a huge historic and literary value not only to the Armenian nation, but also for worldwide public. There are innumerable copies of the book translated and published in various languages, but the most valuable ones are the first manuscripts.
In 2013, “Renaissance” cultural and intellectual foundation has bought a 16th century manuscript of “Book of Lamentations”. As the right preservation and usage of the copy was of high importance to the foundation, the book was donated to Matenadaran, which is one of the richest centers of preservation of old manuscripts and documents in the world.
In 2014, another valuable manuscript of “Book of Lamentations”, now from 14th century, “Renaissance” foundation also bought and donated to Matenadaran.

Competition on a memorial statue of “Book of Lamentations”

“Renaissance” cultural and intellectual foundation has announced an international competition for creating a memorial statue dedicated to “The Book of Lamentations” by Gregory of Narek on October 13th, 2018. This goal of this competition is to demonstrate the universally spiritual and cultural value of Gregory of Narek along with his book.

The competition’s whole procedures, including jury assessment of the submitted work, will be online. The jury members are sculptors, architects, clergies, art historians and narekatsiologists. The memorial statue will be installed on the crossroads of Abovyan-Sayat-Nova, near Saint Anna church.

To learn more about the competition and to apply: competition.narekatsi.com