“Wikipedia” free encyclopedia was founded in 2001. Now, it has more than 71.000 active writer-editors, 33 million articles in 287 languages. In 2003, Armenian also joined the list of these languages, and in July 2, 2004, the first Armenian article was published, topic of which was Armenia. “Wikimedia Armenia” scientific and educational NGO is stimulating the development of Armenian Wikipedia on a great scale.
In October, 2013, “Renaissance” cultural and intellectual foundation started cooperating with “Wikimedia Armenia” by implementing a number of projects, such as “One Armenian, One Article” movement, Wikicamps and Wikiclubs.
In result of the collaboration, from 2013 to 2015, Armenian Wikipedia’s 70.000 articles were edited, added and turned into 200.000 quality articles. More than 10 wikiclubs were opened in Armenia and Artsakh.

“ONE ARMENIAN, ONE ARTICLE” MOVEMENT

On March 24, 2014 “One Armenian, One Article” panarmenian movement was launched, during which meetings were organized with various cultural figures to help them master skills of wikiculture and have their input in enrichment of Armenian Wikipedia. The movement was referenced by famous foreign periodicals, such as BBC, The Guardian and News Week. In result, the Armenian Wikipedia was not only enhanced by new articles, but it also obtained new active editors from fields of art, science and elsewhere.

First wikicamp was organized in 2014. In 14 days, participants of the camp got acquainted with the tools of editing Wikipedia. The camp agenda included dancing and singing lessons, Armenian movie screenings and meetings with notorious scientists, writers and artists. Second wikicamp was organized in August, 2014. By the international “Wikimedia” foundation, Wikicamp was selected the best wiki event of 2014.
In January, 2015, winter wikicamp was also organized. During this camp only, 902 articles were created, for the first time a contribution was made in the wiki dictionary, where nearly 310 words were added. Overall, 200 young editors have participated in these camps. 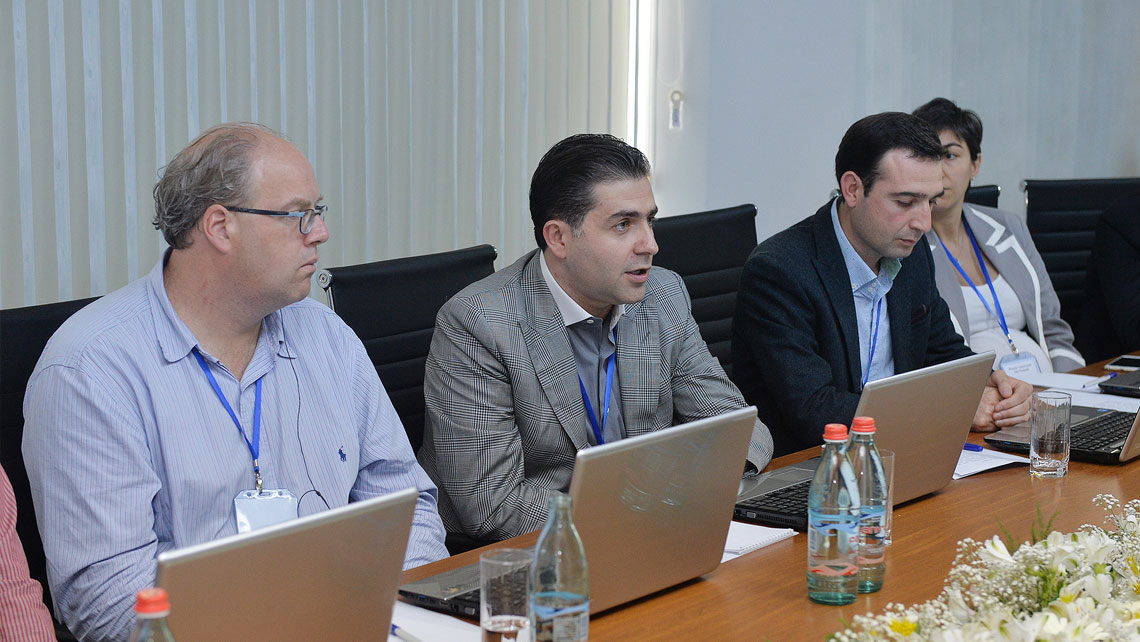 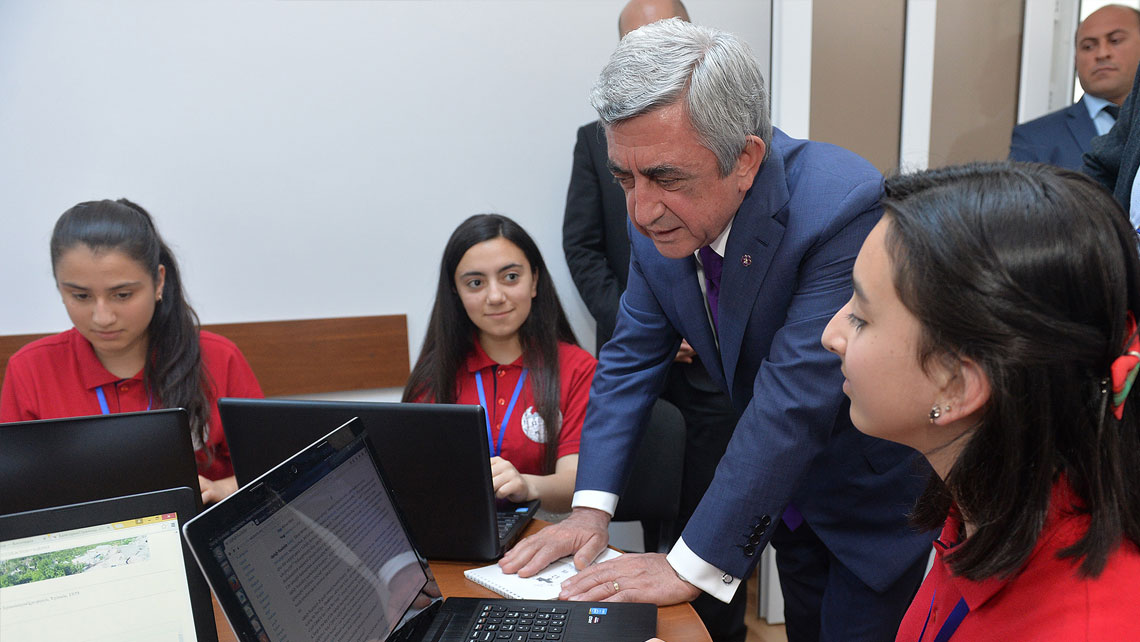 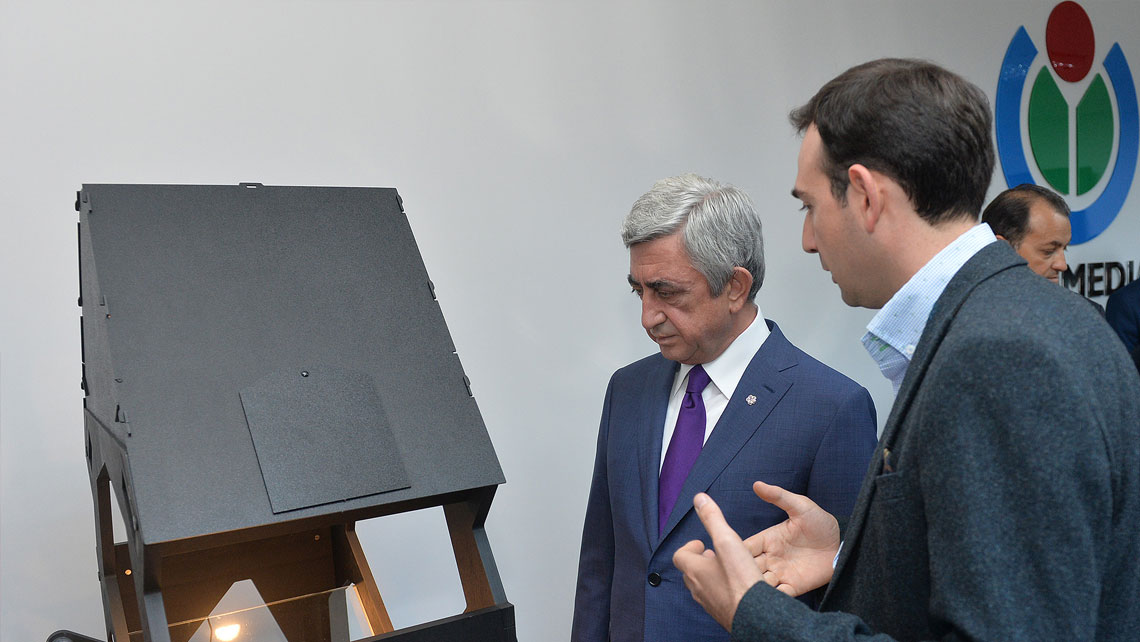 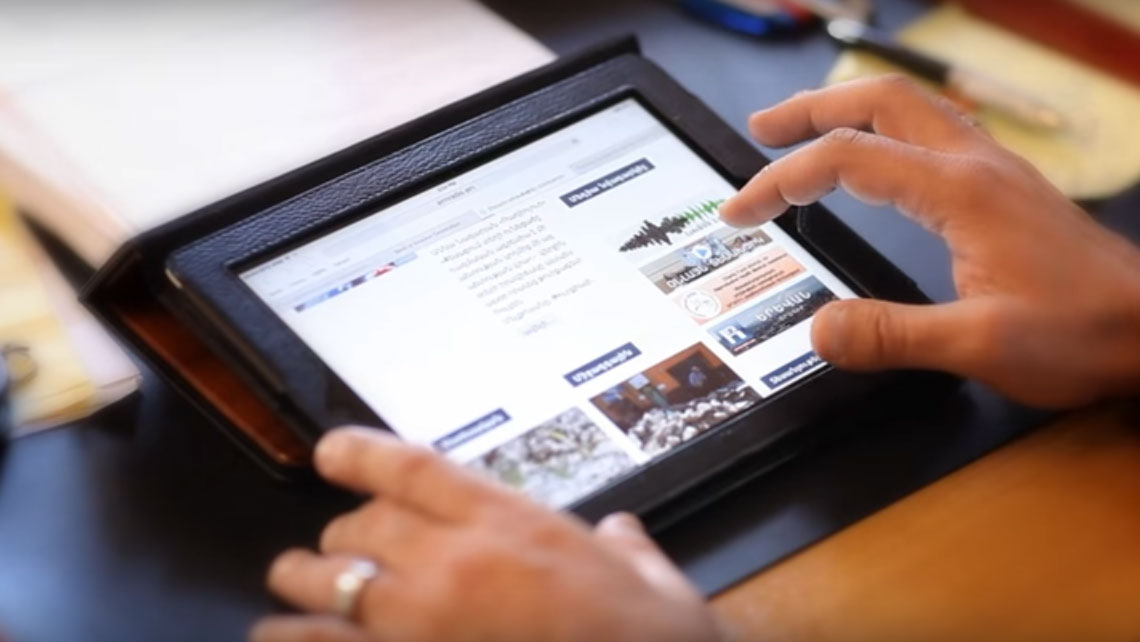 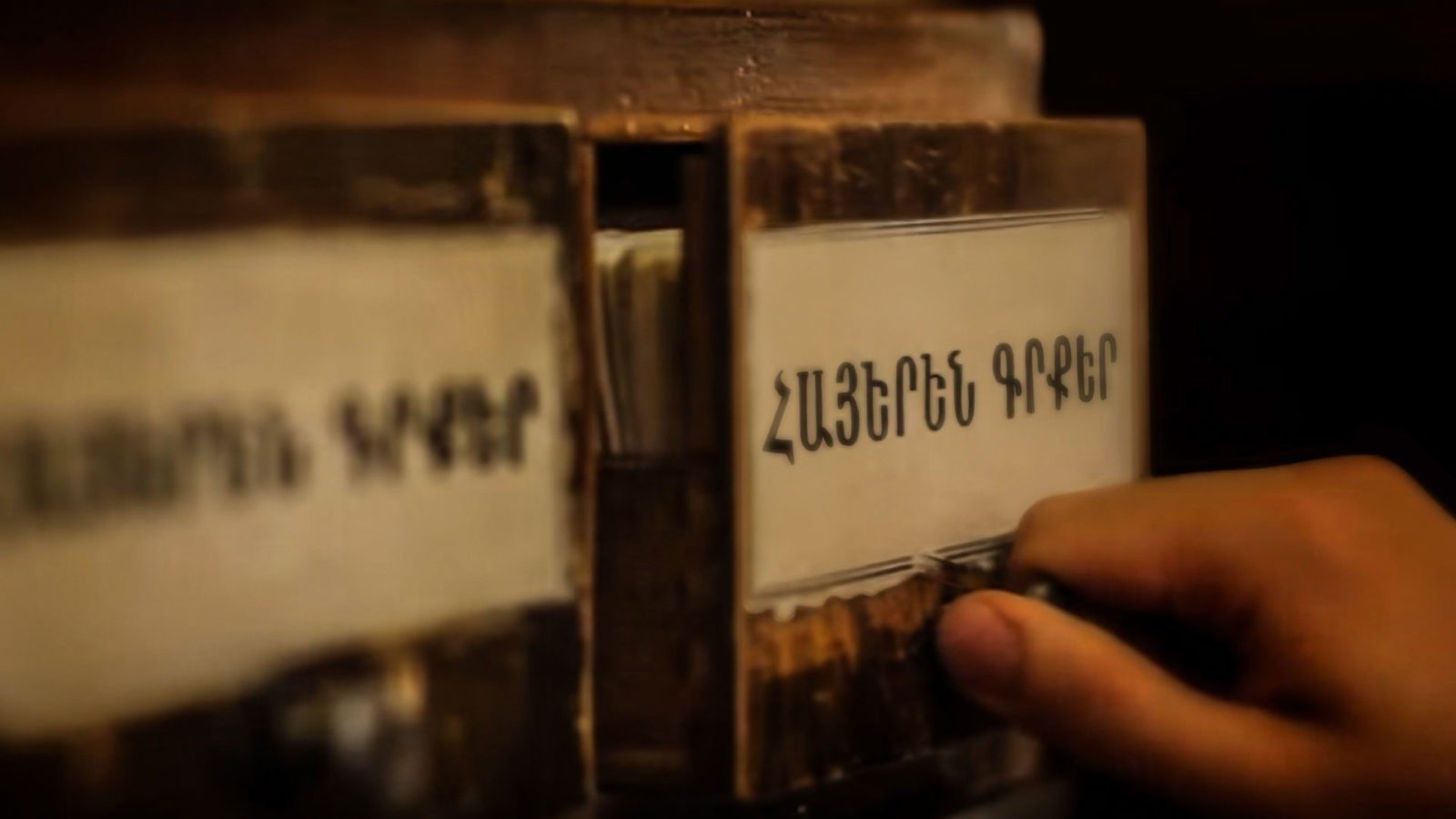 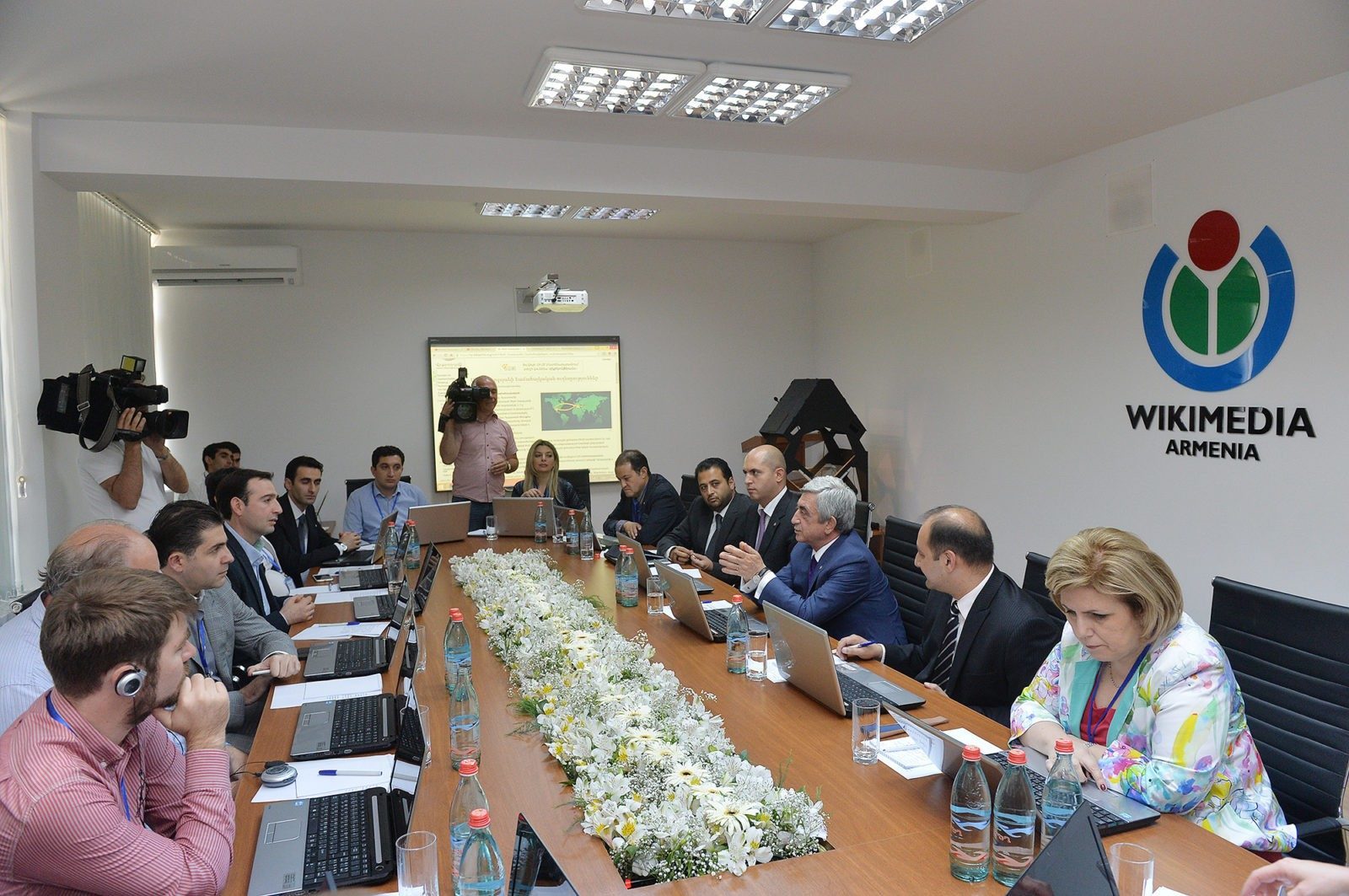 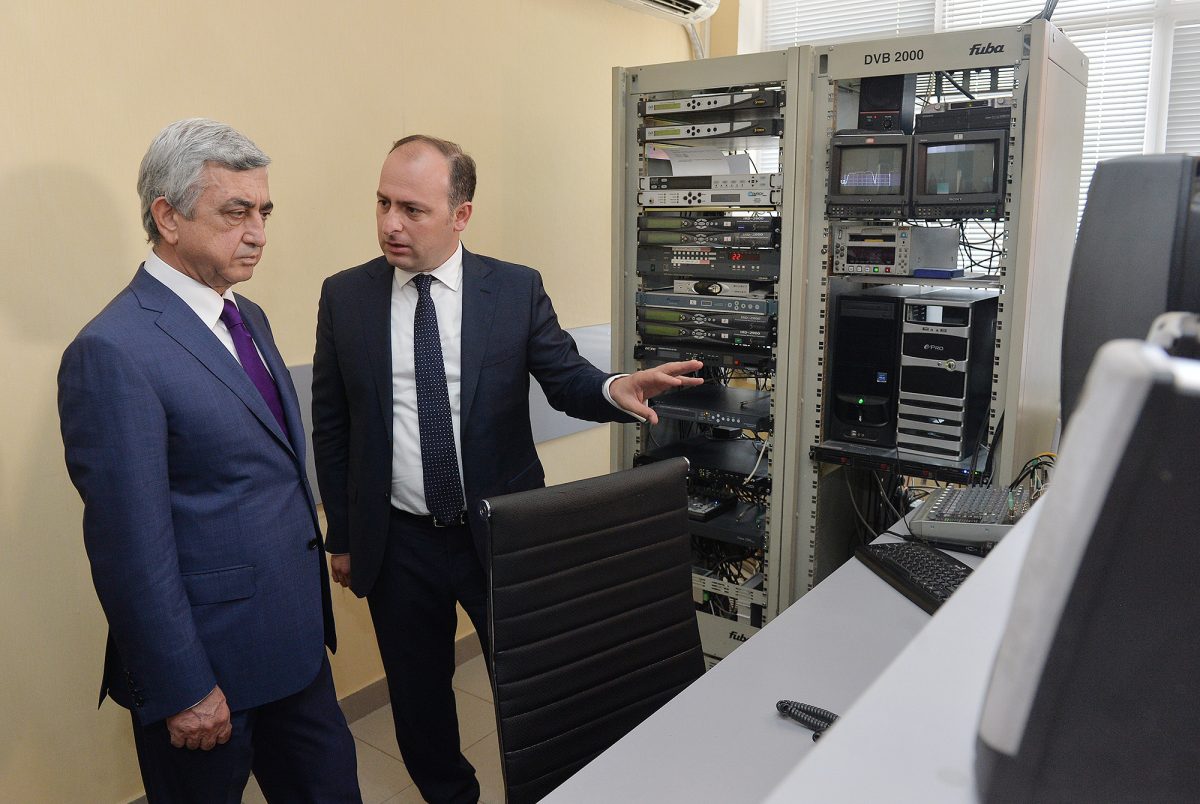 Twice a year, “Wikimedia Armenia” foundation organizes workshops for teachers from different regions, to master the skills of editing Wikipedia. Those teachers that along with their students become active editors of Wikipedia in their schools, become the coordinators of the wikiclubs of their region. Wikiclubs of rural settlements are usually more active editors as there are not that many engaging extracurricular activities, and the children enlarge their worldview by editing wikipedia, it becomes one of the most interesting after school activities.
“Renaissance” cultural and intellectual foundation started collaboration with the wikiclubs on June 1, 2014 by opening the wikiclub of Aparan. Afterwards, with help of “Renaissance”, wikiclubs were opened in Yeghvard, Ashtarak, Stepanakert and many other cities

Wiki editors needed a comfortable office to be able to gather, work together and have discussions. On June 20, 2015, the opening of the “Wikimedia Armenia” scientific and educational NGO’s office on Arshakunyats street was held. Currently, the office is completely renovated, provided with necessary equipment and furniture. The office also has a conference hall, where wiki editors can discuss future projects.